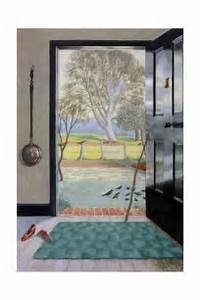 Attempting to get published is a special purgatory of its own. More often than not, writers are not prepared for exactly how grueling – and long – the process can be from final manuscript to bound book. Even when they gird themselves with the occasional anecdote that gets “leaked” from the publishing world – Joe Bestseller’s work was rejected FIFTEEN times before it got picked up! Jane Pulitzer’s first novel sold only 1,000 copies! – the truth is that a few dozen rejections and a quiet first novel are actually fairly light hits, given what the publishing world can dole out.

I’m not trying to scare you; I promise. In fact, I hope this information is more empowering than anything else. Few things break my heart more than an unpublished writer wondering aloud if she needs to give up because she’s contacted X number of agents, or her agent failed to hook X number of editors, or the agent she did manage to secure at William Morris just decided to leave the business and move to the mountains (true story — mine).

But here’s the thing. There are times in a writer’s life when she needs to walk away from a particular project. Maybe she’s new to novel writing, or still learning the craft, and has taken early criticism too much to heart, rendering her unable to see the good in what she has. Maybe she’s written what she thought she should write, or what would sell, or some other work that’s been compromised by the external world writ large, and the fact that she’s hiding from her truest and bravest self because she thinks it’s not interesting enough or current enough or otherwise appealing – probably means that her work looks and feels and acts like a novel but is exhibiting a distinct failure to thrive. Maybe she simply has a starter novel on her hands (something most writers must write to get to the real meat of their work).

The point is, none of these things manes that she needs to give up on herself as a writer. But maybe it does mean it’s time to give up on a work. It’s perfectly acceptable to walk away from a writing project, either temporarily or permanently, and be no worse for wear. In fact, you might just be releasing yourself into the space you’ve been straining to inhabit for some time.

Sometimes, of course, you might have reached your highest levels of frustration and angst, but it’s not the work that’s at fault. You might just be exhausted. Or stressed. Or stuck. So how can you tell the difference? There is, of course, no sure answer, but I think that if the work is keeping you from writing – not because you’re afraid, as every writer is, to return to the page and reopen your heart and make mistakes, etc., etc. – than it might be time to give up. Maybe there’s even an elegant way to think about giving up, to release your desperate grip on that lifeline and see what it feels like to be untethered for once. To try existing for a while, instead of insisting you must be tied to something.

But it’s OK if you make a mistake and give up when you shouldn’t, too. You’ll find your way back. The point is that no work is worth giving up on the writer. I don’t care how much you want to piss and moan about how untalented you’re beginning to think you are and how certain you’re becoming that you might just not have what it takes. Get over yourself and get back to work, or play – whatever you need most to rediscover your sense of humor, perspective, levity, and self. (Psst. It’s probably play.)

Also, it might be helpful to know that it’s OK, every now and then, to un-quit. I just made this word up, but I think you get my meaning. It’s OK to quit, and go around telling people in very convincing tones that you’re going to join the circus now or become a lawyer – only to return to the very thing you quit so dramatically a few days or years ago. You can also rage quit. My fourteen-year-old just introduced me to this term, and I’m smitten by it. It comes from the video gaming world, but I’m appropriating it for our purposes. I have absolutely no problem with your throwing the MS out the window, metaphorically speaking, just to blow off a little steam. Remember, the manuscript isn’t the relationship; the writing is. You can divorce your manuscript or talk smack about it or kick it to the curb for the night, but you must always treasure and support the writing.

The bottom line is that quitting, like everything else, doesn’t have to be a black or white concept. It might represent a universal truth – namely, that every writer since the beginning of time has wanted to quit at some point (and probably made up some very convincing arguments as to why it was a good idea, verbal weasels that we are) – but it can be an impulse that’s incorporated into your writing according to how well it works for you. You didn’t start writing to be conventional, after all. So maybe it’s time to stop thinking of quitting as a dirty word, and just see it as part of the natural, up-and-down, non-linear progression that is writing.