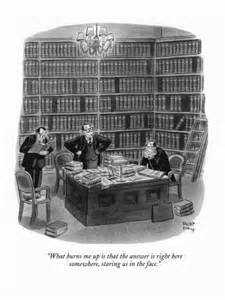 When I first expressed an interest in writing, lots of people gave me what I thought was great advice. Develop a regular practice, they said. Try to write at the same time every day. Don’t leave your chair until you have 1,000 words on the page. Tell your loved ones your writing time is sacrosanct, and close the door behind you.

With all due respect, I do not think these people live in the same world I live in. I’m convinced, for instance, that they did not have children, or maybe had slaves. When my kids were little and I closed the door behind me, they slipped notes under the door: “Are you done writing? Circle yes or no.” Or stage whispered in the hallway: “DON’T BOTHER MOM! SHE’S TRYING TO WRITE!!” Now that they’re older, it’s not much better. My fourteen-year-old seems to be entertained by nothing more than insisting that he can’t be entertained. My preteen has MANY questions about how her body is developing, and is excited, haunted, and dubious about the answers. My nine-year-old loves to read, but he also loves to give blow-by-blow descriptions of what’s going on in his books – both during and after he’s reading them. And we have a kitty now, who either has pancreatitis or bulimia.

But even if one doesn’t have children, we tend to carry around enormous mental loads these days. Most human beings on this planet cannot make money writing, which means they have to spend most of their time devoted to making a living or managing the thousands of balls the 21st century insists we must keep in the air. Have you exercised? How’s that Paleo, gluten-free, sustainable meal plan coming along? Have you paid the utility/phone/doctor bills?  And then a phone call comes to tell you your eighty-one-year-old dad, who lives 3,000 miles away, just broke his patella because he decided to do his own grocery shopping after getting his eyes dilated.

Yet most people who get within spitting distance of a writing class still tend to get this kind of advice. It’s great advice, if you can make it work. But I’m really not sure I know anyone who does. So, yes, if you think having a regular writing practice must mean finding a consistent window in your schedule during which you are able to sit down, undisturbed, and have enough time to punch out 1,000 words, you don’t have enough time to write.

But if you’re willing to let go of some of those prevailing beliefs about what it takes to be a writer, you might be able to give yourself the space to be a writer.

Giving yourself the space to be a writer means letting go of that mental load a bit. It might mean that you forget to pay the gardener for three months, or that your kid’s Purim costume is obviously phoned in (which is agonizing to ride out in a school full of Jewish mothers), but mostly, you’ll find you can release a lot more than you realize. It also means recognizing that there will be some weeks when you cannot find the space or mental health to write, and that does not mean that when you return to writing, you have permission to bring one of those medieval self-flagellation devices along with you. It means that you realize that some novels get written five minutes at a time. It means that you will get interrupted sometimes, and will sometimes feel that terrible feeling in your gut that comes when you’ve lost a precious train of thought, but it also means that your writing will be so much richer because you’re devoting your life to children/parents/earning a living, getting through the world by being in the world. It means that if it’s been eons since you’ve had time to write and you find yourself with a few days, your brain might short circuit at first, and that you’ll get much less done than you wanted, but you’ll get something done anyway.

I could obviously go on, but overall, I think giving yourself the space to write means being willing to believe that a healthy writing practice does not need to follow a proscribed or prescribed way, that sometimes the most beautiful things that happen do so without paying much attention to the linear constraints of time or the safety net of unwavering mental health. Sometimes even the most helpful advice constrains more than it liberates.

So please, don’t give up if you don’t have time to write. I don’t have time to write. I am a devoted mom, and a totally overtaxed one, and my life brings me great joy and some anguish, and I’ve written five books, three of which have been published, and my writing practice looks nothing like it was supposed to. What’s more, the only thing exceptional about me is my refusal to give up, which is something we all have inside us, only waiting to be stoked to release its fire.