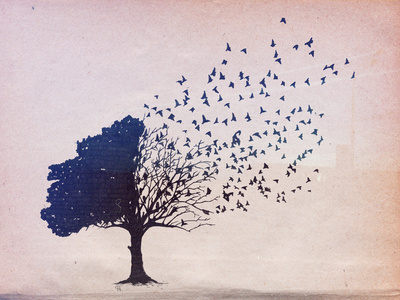 It’s a simple enough question, but I’m not sure the answer is always that obvious. In fact, I’d go so far as to say that oftentimes, when we get stuck, it’s because we’ve gone too far down the path of telling someone else’s story.

As fiction writers, it may seem like we’re supposed to tell other people’s stories. But no matter where our story is set or who inhabits it, the emotional engine of the story must still be ours. Many people assume my first novel was autobiographical, for example, and despite the fact that my heroine and I had very different experiences in life, I suppose it is. Her story is my story because she helped me speak to some of the deeper emotional truths in my life and to write from an unfiltered place. Similarly, while I haven’t been through a devastating earthquake and lost some of the people I most hold deal as a result, my second novel spoke profoundly to my own down-and-dirty tussles with vulnerability, family, and love.

Still, there have been countless times in my life when I’ve gotten lost in someone else’s story. When I was a kid, I felt obligated to tell my parents’ story – that my mother was a brilliant woman with unconventional tastes – instead of the one I knew to be true — that she was struggling unsuccessfully with mental illness and addiction. Maybe that’s why, when I first began writing in writing groups, I often got caught up in telling stories my instructors and peer groups liked, sometimes even devoting months to a project before I realized I was writing something primarily because other people had found it interesting. Though I think that no matter what our backgrounds might be, it’s easy to get caught up in others’ stories – in writing and in life.

Oddly, I think my breakout work – the one that was the most deeply felt, the one most driven by an integrated engine – was my first novel, the one that never got published. It was about an overly cerebral woman who stumbled into love despite her overt attempts to enter into it cautiously. She was prickly and had hermetical tendencies and no one really liked her – but I knew her. Although my starter novel never really became something useful or interesting to anyone else, it was the book I needed to write in order to begin telling my own stories. The next novel I wrote was the one that got published, but it never would have had I not learned to listen to what I actually needed to say instead of what I thought most people would find interesting about me.

If you’re stuck right now, could it be that you, too, have strayed off the path of your own story? Maybe you’re too busy telling the story you think will be made by into the next blockbuster movie, or the one you’re sure will capture an agent’s attention – you know, the one about the time your family adopted a crocodile, despite the fact that the most meaningful relationship you ever had with an animal was the friendship you had with your family’s ugly, flatulent, forgotten dog. Or maybe you’re writing what the people in your writing group want to read, or a story a little too close to the one your parents want you to tell. But what’s the point of devoting the effort to write a book – or even a page — if it’s not really the one you need to write? After all, one of the greatest gifts of writing fiction is that you can tell your deepest truths by simply putting them in different outfits. Good stories will not suffer fools, anyway, and will crumble before long if they’re built on someone else’s foundation. And while it’s always going to be tempting to jump on whatever literary bandwagon is passing through your neighborhood, it helps to remember – or be reminded — that true narrative momentum always emerges from within.