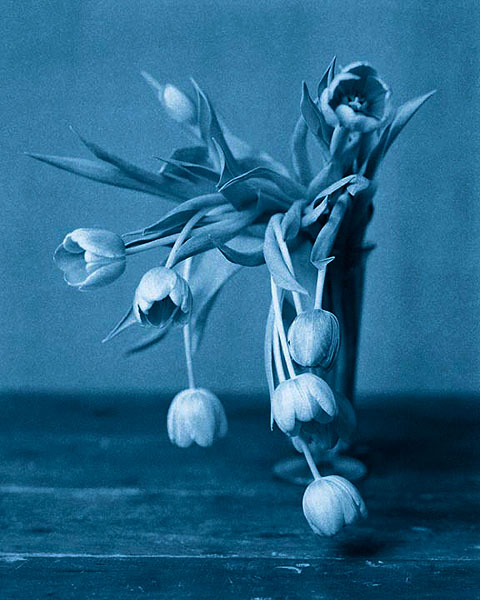 Every now and then, I’ll have what feels like a terrifically successful day of writing – so good that I have trouble falling asleep that night, my mind busy with what will happen next and to whom and how. But then, curiously, I often find myself painfully and suddenly blocked when I next sit down to pick up where I left off.

This is what I confronted when I sat down to write early this morning – and midmorning, and afternoon. To make matters worse, I actually had time to write today, so not only was I standing in my own way, I was doing so on one of those rare days when opportunity and inspiration come together. Yet it wasn’t a fear of failure that was getting in my way, or a fear of success – I’ve played these cards, and know what it feels like when I’m drawing one of them. It took me a while to understand the particular beast I was grappling with because it was far more mild and far more difficult to avoid, more of a niggling disturbance than an outright threat. But thanks to the hours I spent not writing, I finally saw it for what it was: the fear of disappointment.

Outright failure, in some ways, is easier to deal with than disappointment; it’s far rarer, for one, and you get to write it off, to look back on it from a distance. Disappointment might linger after failure, but it hovers more commonly in the region between loss and gain, that place that doesn’t warrant a total restart, but has a terrible tendency to drain you of enthusiasm. It’s no wonder that “I’m disappointed in you” can be one of the most demoralizing statements to hear. It suggests not just that you came up short, but that you came up short when more was expected of you. It’s sort of the emotional equivalent of that cousin of yours who’s always recovering from the flu because his job is harder than any of you could possibly imagine but always says yes to any invitation lobbed vaguely in his direction and spends the evening lazing on the couch, drawing silent but undeniable attention to his need for a shower. He’s yours, yes, but every single time you see him – and you see him far more often than you want — you really wish he weren’t.

Eventually, I managed to spend a half hour eking out a few paragraphs after several agonizing hours worrying about them, and while I’d like to tell you that all went swimmingly and my fears were unwarranted, guess what? They were pretty darn disappointing. Not failures, not paragraphs that warrant throwing the entire chapter or plot direction in the garbage and starting fresh; just uneven lines needing a lot of patient and non-judgmental rewriting.

But I feel ten times better than I did this morning, simply because I got the writing done. And nothing – not disappointment, or failure, or even the dangerous and dizzying effects of too much praise – is worse than being a writer who isn’t writing what she needs to write.

Today the problem was disappointment, but I am noticing a pattern to those days when I can’t seem to string a sentence together to save my life: they are almost always days when I’ve come to my writing defensively. When I’m worried about the negative effects of vulnerability or hope or public opinion or whatever monsters might be lurking under the bed, my creativity armors up — and shoots itself in the foot. Because nothing is sure to result in diminishing returns more than writing that tries to avoid disappointment, or stumbling blocks, or rewrites, or whatever unglamorous thing you can think of that is part and parcel of any dedicated writer’s life. Not only will you fail to avoid these things, you’ll probably enhance them by all the helicopter parenting you’re doing to your creativity, hovering and wringing your hands when all it wants to do is go out and risk doing a face plant in the mud because the last time it did that, it was also running and laughing and having a wonderful time.

It can be particularly difficult for us perfectionist writer types to remember that when we truly welcome the kind of deep engagement with writing we ache for, we must also welcome disappointment and frustration and a deeply uncomfortable familiarity with our largest pores. In fact, if the underside of this up-close-and-personal experience with writing doesn’t show up with some regularity, it’s likely that we aren’t taking the kinds of risks that result in our most powerful and genuine work. This isn’t to say that these difficulties will be any easier, but maybe by understanding that they, too, are a necessary part of our art, we can teach ourselves to stop wasting time trying to beat them back. And who knows? In the process, we might release untold hours to really get out there and get dirty, to trust our creativity to find its fullest expression by simply stepping out if its way.