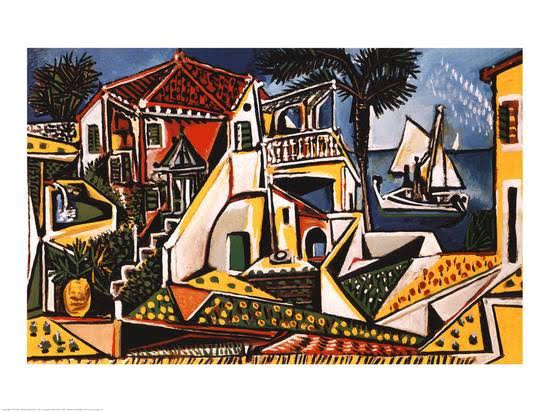 There’s a saying in literature that a work is never done, it’s only abandoned. As reckless and mildly demoralizing as this is, I think it’s often true. There’s always a feeling that we could be doing more, or better. No matter how long or hard we’ve worked, there remains a sneaking suspicion that there are hidden arrangements of words lurking just beyond our reach. And sometimes the only way to stop going after them is to simply go turkey. End it. Full stop.

It gives you a little chill, doesn’t it? I know. It might help to know that you’re not alone. It took me ten years to write one modest book of poetry, and then I went on to become a novelist. You can only imagine how agonizing I find the idea of releasing three hundred or so pages. I’d much rather swim in the deep waters of our lexicon endlessly, entranced by the fact that it might just have depths unseen by human eyes. But one does get tired after a while. And I think it’s perhaps this, more than anything, that’s difficult to swallow. Even if we were able to spend every waking moment of our lives typing at lightning speed, we’d wouldn’t ever get close to stringing together every last marvelous combination of words, much less shape them into readable/digestible packages.

We cannot, in other words, ever reach the end. There is no end, as far as a writer’s work is concerned. One must, instead, pay attention to what the writer has to give a particular work. Some works – such as that modest body of poems – actually respond to being set aside again and again, reworked, tinkered with, shaped. Those poems were started when I first became a mother, and while they captured those first, vivid impressions of pregnancy and early childhood, I really did need some distance to shape them into something whole. Other works can be written in a flurry of creative inspiration, which has never really happened to me, but I’m sure it’s true for some of you greater humans out there. But I have had the experience of entire sections of a novel arriving in my lap after months of weathering the sort of dry spell I was sure would leave be creatively desiccated. The bottom line is that for most writers, there is no such thing as a steady flow throughout our lifetimes, and it becomes our job to recognize when a seed is done blooming, or a field must go fallow. And there’s no science to this. Each case is unique, each ending its own. We’re not, after all, accountants. We don’t clock in and out, sitting at a desk in a cubicle, serving dutifully at the exquisitely tame altar of calculation until retirement. Most of us never, in fact, retire.

But what we get in return is incalculably life-affirming. Our puzzles will never be solved, will never leave us twiddling our thumbs and wondering what’s next. Our words will never truly abandon us, leaving us speechless and empty. Yet while it’s true that language will never be conquered, it’s also true that it never stops offering us the chance to be engaged, to drink deeply of wonder. And we can offer ourselves that chance to step aside when we’ve had too much, to enjoy the delicious period of self-pitying recuperation before we get tired of our own moaning and groaning and leap back into the stream, perhaps even allowing ourselves that sweet, private yalp to escape us as we do. Because while we may feel sometimes that we’ll drown in it, it’s actually the very thing that keeps us afloat.