ALL ABOUT EARTHQUAKES:  FAQS & CURIOSITIES 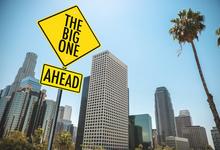 **OK, so before we dive in, I must play the novelist disclaimer card (it’s not a thing, I just made it up because I’m a novelist and I get to do that). While I’m making every effort to be as factually accurate as possible on this page, know that I got a C in Oceanography in college and was heavily dependent on the astonishingly generous and patient Mary Lou Zoback at Stanford for factual accuracy in the novel.

SO, IS CALIFORNIA DOOMED TO AN EARTHQUAKE THAT WILL SPLIT IT IN HALF AND DROP ALL OF ITS RESIDENTS AND TOURISTS INTO THE OCEAN AND MAKE ITS BUILDINGS EXPLODE AND ITS DOGS SING AND GREAT TSUNAMIS WASH OVER ITS SURFACES LIKE SO MANY BATHWATER NIGHTMARES?!? (AKA, FOR THOSE OF YOU WHO LIVE IN SAN FRANCISCO, DO WE NEED TO MOVE?!?)

Well, the short answer is no. As far as I know, the state cannot actually split in two (its faultlines aren’t that linear and organized), and while I can’t speak for the rest of the state, the San Andreas is unlikely to trigger a tsunami in San Francisco. In fact, I’d argue that California is probably the best state in the nation to be in if an earthquake strikes, if only because we actively try to prepare ourselves for such a natural disaster. As for the dogs singing, well, I can only hope…

SO, WHAT’S THE BIG DEAL? WHY IS EVERYONE SO SCARED OF EARTHQUAKES IN CALIFORNIA IF ALL ITS SMARTYPANTS RESIDENTS HAVE FIGURED OUT HOW TO MINIMIZE EARTHQUAKE DAMAGE TO PERSON, PROPERTY, AND PALM TREES?

It’s true that a ton of research and effort has gone into protecting Californians against possible earthquake-related catastrophes. But there’s only so much that can be done. The state won’t split in two and/or slide into the ocean or be flooded with a tsunami the size of the west coast, but we do have several massive seismic time bombs under our collective feet, and while one can step out of the way of an elephant, one cannot prevent the ground beneath one’s feet from trembling as it passes.

IS THERE ANY WAY, THEN, THAT A 1906-LIKE EVENT COULD HAPPEN AGAIN?

Unfortunately, it’s all too likely. The real demon in 1906 was fire, and it remains so today. San Francisco is still situated on the edge of the continent, connected to help only by bridges and notoriously challenging winds and waters, and it’s more drought-plagued than ever. While a powerful earthquake alone is unlikely to cause wide-scale and irreparable damage to the city, it would very likely temporarily destroy the city’s communication and power sources, leaving it poorly prepared to battle the fires that would be ignited by the disruption to gas lines and electrical wires. Furthermore, the city is still overcrowded and full of those old, wooden buildings that could share fire as easily as teenagers swap spit.

WHY DO I LIVE HERE, THEN?

It took me a while to answer this, both for myself and for my neighbors. In fact, I had to write a whole book about it before I was satisfied with my answer. And I hope that, if you pick it up, you will be, too! (Spoiler alert: No, you don’t need to move.)